After Parkland, I marched with my family in Atlanta. As I've previously written, I support Americans' right to gun ownership. I also support the students who are demanding gun control. I am disgusted by the people who choose to publicly shame them. It is a tactless move which uses intimidation and mockery to attempt to invalidate the massacre in Parkland, the students' response to it, the viability of American government and the mountain of data which clearly indicates that 1) Gun control measures do lead to fewer gun-related deaths and 2) Gun control measures previously up for vote were squashed by GOP members who have received significant pay-offs from the NRA.

The people who denounce the students seem to subscribe to the general narrative that the students are being used as pawns by the far left to deny law-abiding adults access to guns so that the government can wield more power over the citizens in anticipation of a major, doomsday style take over. According to those who subscribe to this ideology, Parkland, and other mass shootings, did not actually happen at all but were rather “false flags” staged by the government to promote its own agenda.

The idea of “false flags” became particularly prevalent following the destruction of the World Trade Center on September 11, 2001. Following what are officially documented to be terrorist attacks by way of militant, Islamic extremists aboard hijacked airplanes, many American citizens used the internet to generate and spread reports that the US government was itself responsible for the destruction and had deliberately staged it in order to justify military engagement in the Middle East and a war on citizens' privacy in America.

As a journalism student beginning my first year of university level study less than one month prior to September 11, understanding these attacks became central to my experience of adulthood. In the years spent exploring information posted across the web by multiple sources, I never found evidence to satisfy me that these attacks were set up 100 percent by our government. I do not, however, see our government as a benevolent force. I see it as a neutral force, with abusive tendencies, which will leverage imminent, or existing, tragedy to forward its own agenda when possible, as well as commoditize its citizens and capitalize off their backs. Government is not something to be trusted explicitly. However, it is malleable and can be held accountable for improving the well being of both people and the planet if citizens actively claim their right to participate within it—as the Parkland students, and a handful of other groups, are doing right now. No. I do not fully support everything they say. Yes. I do believe that some of the parents are claiming their children's battle as an attempt to re-engage with their own politically-oriented careers. However, I do not think that those factors devalue the movement as a whole or justify mocking its current leaders.

#MarchForOurLives is about more than gun control. It is about youth having a voice in government policy and about limiting the degree to which the lobbying arm of the NRA can purchase the loyalty of politicians.

Meanwhile, to the very strong extent that it IS about gun control, I feel #MarchForOurLives is an authentic effort not to remove peoples' rights, but to the call them to exercise these rights with responsibility—for example: requiring gun owners to purchase liability insurance, receive an education, and pass a screen for recorded violent tendencies. For those still screaming “false flag,” I also must pose a few reality checks:

We have much to heal within the USA. #MarchForOurLives can be a step toward doing that, and I am proud to participate.

On a somewhat lighter note, this video by comedian Betty Bowers also speaks to the heart of America's gun control debate. Enjoy.

Does my writing resonate with you? Click the image below to make a one-time donation! Thank you! 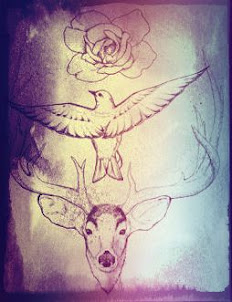